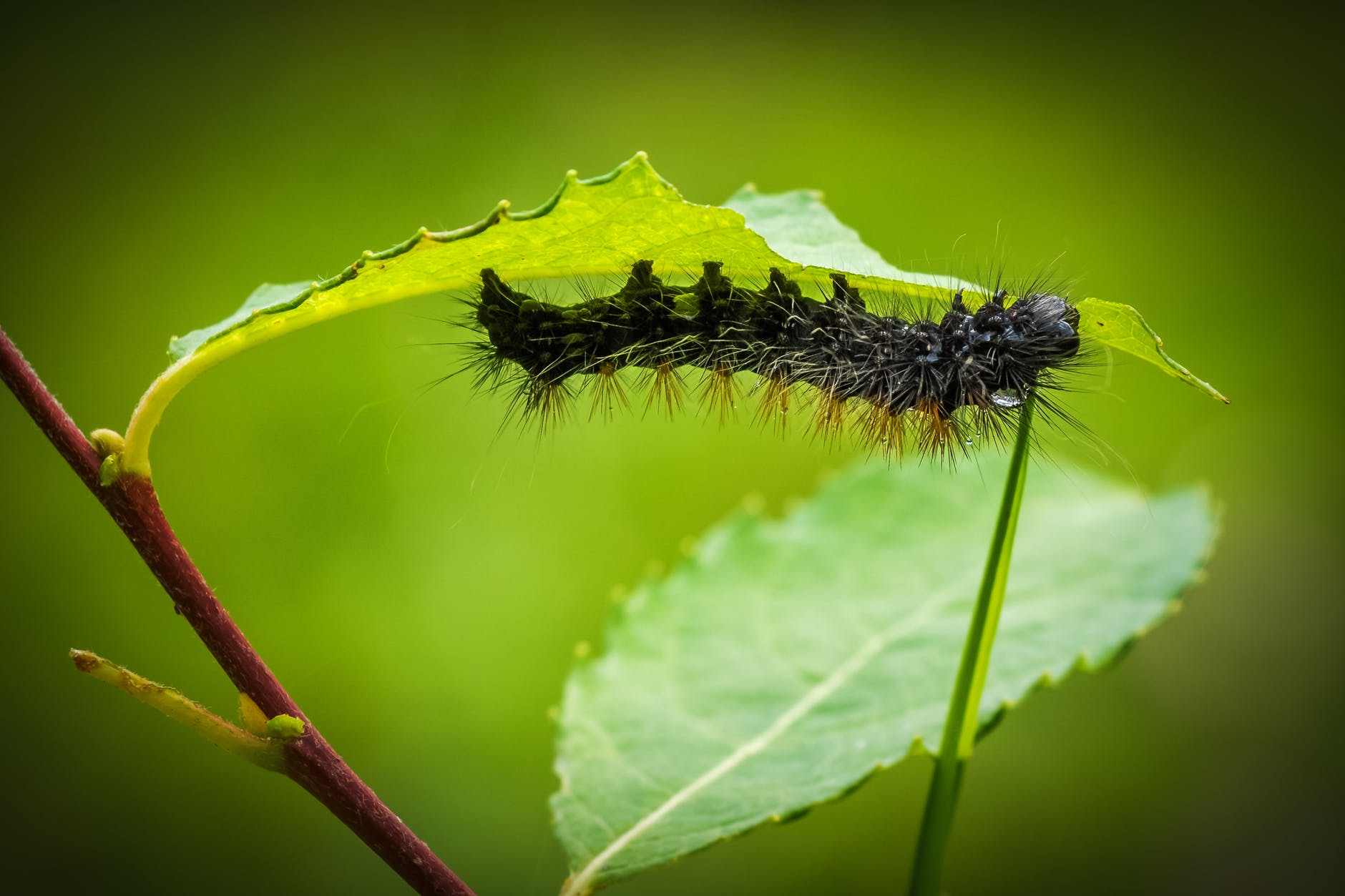 WHAM! The door to the living room slams open and the master of the house enters, a good deal more quickly than he’d intended. It couldn’t be helped, though. One glance at his heaving chest and shining eyes make it evident he is at the brink of losing his careful composure. For a moment a scene of the outdoor wedding reception is framed by the open doorway, the families and friends all waiting patiently in line to give congratulations to the bride, the groom, and their parents. Well, all of the parents, that is, but the now-absent bride’s father. As the door swings back closed and the concerned stares of his loved ones are blocked, the man lets loose his emotions in a great, rushing torrent. Hot, fresh tears streak down his cheek and his breath shudders between each sob. Suddenly he feels his balance sway uncertainly and he reaches a hand to the mantelpiece for support.

“What’s the matter with me?” he asks the empty room, as a series of emotions and confusions tumble through his mind. How could he be so shaken at his own daughter’s wedding? It wasn’t as though he was against the marriage, quite the contrary! He was so very proud of her, so excited to see her blossom in her new adventure. And yet…

As if looking for answers he raised his eyes to the mantel he was leaning against. In honor of the occasion every square inch of it had been dedicated to pictures of the bride and groom, starting with them at their youngest at either end and then moving inwards on the wooden plank and forward in years until meeting together at the center with their engagement photo. As his eyes scanned along the pictures he found his attention arrested by one of his daughter as a very young girl. Under her dark curls of hair she was locking eyes with him and she was giving him a smile—he had forgotten what it was like to face that particular late-toddler, dimple-cheeked grin. This. This was what his sorrows were for, the loss of this beautiful little girl that would never be again. As his conscious sank more deeply into the picture he noticed the wall of vines that formed the backdrop of the image. Oh of course, this was that first spring with her at his parent’s orchard…

She had turned three the week before they came. He remembered how captivated with it all she had been, to her it truly had been like discovering a new world. Though most people might consider the orchard and attached homestead as quite docile and calm, compared to the city where she lived this was practically brimming with wild adventure and naked nature around every turn! He still remembered her dancing barefoot on the fields of grass with a flower-crown her mother had woven through her hair. And there had been that night they found her bed vacant, and in a panic they rushed outside only to find her sitting calmly just down the path, staring up ceaselessly at the magnitude of stars. And the animals, how she had loved them all from the largest of the horses to the tiniest of the… caterpillars…

One day when picking fresh berries off the vine together he had found a caterpillar on a leaf. Excited to share yet another miracle of nature with her he had cupped it in his hands and brought it home to place in a jar. She was already pleased with this novel arrangement, and then even more thrilled when he told her that she could keep it for her very own pet. That very first day she spent every spare moment entranced with her little friend, surveying every step of its circling journeys. The next day he had shown her how the leaves in the jar were dried up and crumpled and he explained they would need to regularly replace them. Well, every morning after that his daughter would greet him with her jar and an injunction that it was time to do their “caterpillar chores”. It got so she wouldn’t settle down to her own breakfast until the caterpillar’s had been served first.

Initially she was too nervous to let the caterpillar touch her. She loved to watch her parents handle the creature, but even then she would stand at a distance, trembling all over with excited uncertainty. As day after day passed, though, she worked up the nerve to stroke its back with a single finger, then to hold a leaf while the caterpillar sat on top, and finally she let it crawl against her bare hand. “Hand-walks” became another daily requirement after that.

She didn’t really grasp the meaning of giving a pet a name, so it simply remained “the caterpillar”, or rather whichever of the adorable mispronunciation of “caterpillar” she happened to use on a given day. One morning, though, she came to her father in grave concern, holding up the jar and pronouncing that her beloved caterpillar was gone. He peered inside and, as expected, saw a cocoon hanging from a stick. He soothed her and explained that the caterpillar was just hiding in that little, white thing, and soon would come out. And when it did, he promised with a smile, she would receive a wonderful surprise.

Well, he had been right about the “surprise” part at least. With perfect clarity he could still recall the day that she came to him, tears streaming down her face, accusing him of being mistaken in his promise. The cocoon had opened, but it was certainly not her caterpillar friend that had emerged. In vain he tried to explain to her that the fluttering bright-blue butterfly was, in fact, her same caterpillar. To her mind, how could it be? It was an entirely different creature, and one that she evidently had no compassion for. She begged him to bring her caterpillar back, and when he couldn’t she insisted on opening the jar and shooing the strange butterfly away.

He was helpless to comfort her little, broken heart, as he never found a way to explain things in a way she could understand. Naturally she moved on from her grief, and some time later so did he, and so the caterpillar remained unspoken of as the seasons faded one into another until it was Spring and they took a trip to the parents’ orchard again. There, while once more picking berries among the leaves, he turned to see his daughter pointing in utter bewilderment at a cluster of little caterpillars emerging from their eggs. He sighed, and paused, but then… somehow this time he knew how to explain the experiences she had been having with these strange creatures.

“I know it was so sad for you when your caterpillar left to go be something else. You loved it and you wanted it to stay. But the things about caterpillars is, they have to leave or else there never can be anymore of them. If yours didn’t leave you, then these little ones here could never have been.”

Somehow this made sense enough to the four-year-old mind, and at last she seemed to be at peace on the matter.

Back in the living room the present-day father was also at peace as his memories drew to a close. He caressed the picture of his young child with his fingers, then he turned and went back to the loved ones waiting outside.

Please take a moment to pause and gather your thoughts about the story.

Now, if you need a refresher, look back to the post on Monday where we discussed the value of leaving things unsaid and letting the reader make connections on their own. I hope you can agree this story is better the way it ends now than if I had tried to tack on:

And so the man realized it was the same for him. Sad as it may be, little girls have to grow up and leave their fathers. For if they did not, there would never be any more little girls, and that would be saddest of all.

It’s just too on the nose, isn’t it? Aside from the lack of subtlety, it gives readers permission to turn off their brains because they are being spoon-fed everything. Also, once you let your readers start making a single connection on their own, there’s a chance they might make even more. Perhaps they might start recognizing other sad, yet meaningful losses they’ve experienced in their own lives, and then the story means something personal to them.

Thanks for joining me for this first week of the blog, I’ve really been having a lot of fun with it. In fact, when I first started writing today’s piece I began with a very different intro that I had a blast making. Unfortunately, it just didn’t fit and I ended up having to cut it out entirely. For my next post I’ll let you see what the intro was like and then we’ll talk about that particular facet of writing: cutting out things you love in your story to make the whole better. Have a good weekend and I’ll see you on Monday.