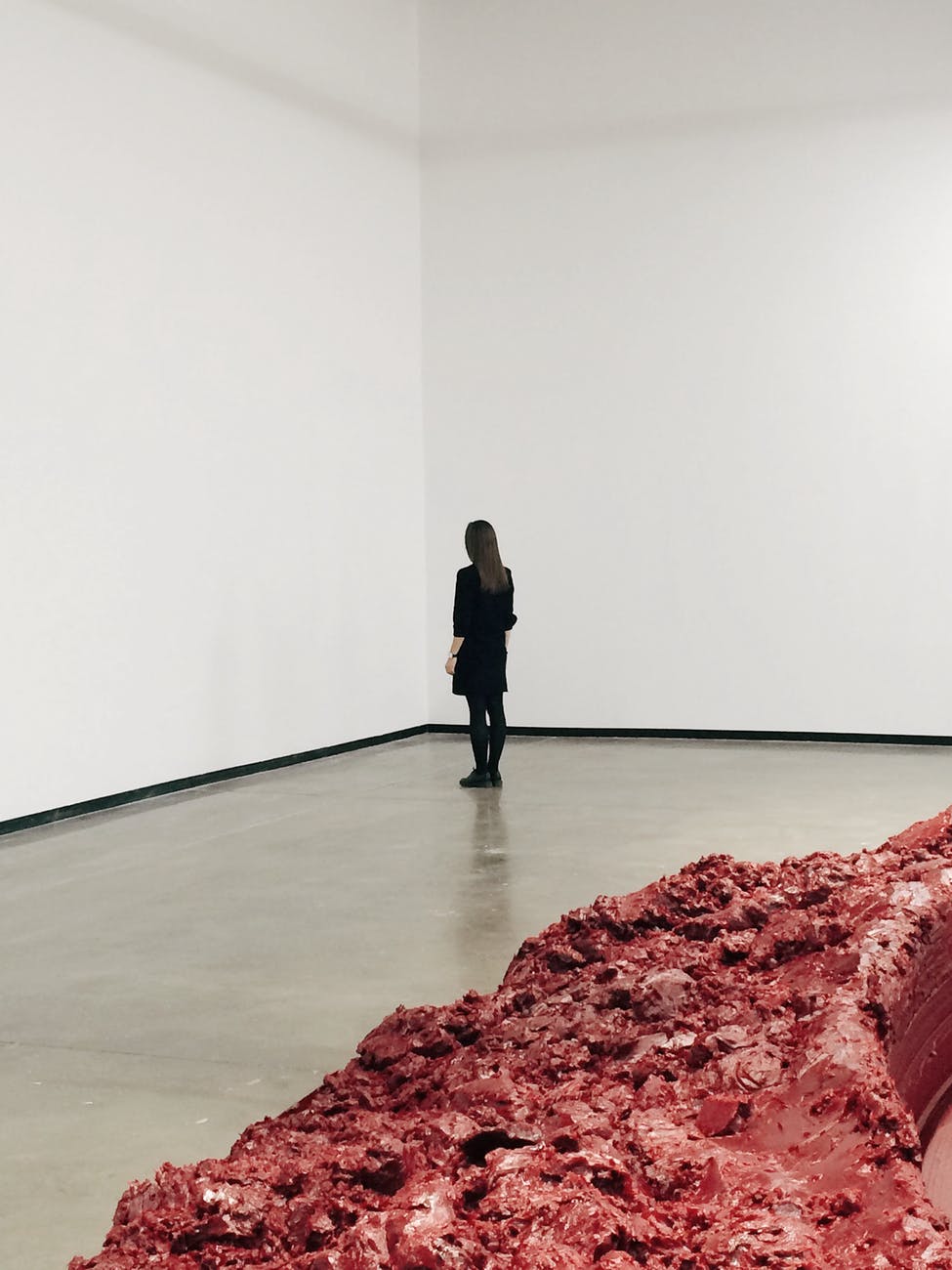 I have had the privilege of being friends with an artist. The fellow was a respected sculptor and painter, and he helped me to see how his life and his creations were interwoven in the same piece. A truly favorite memory of mine is the time that he and I went to a local art gallery, and at my request he took me to the work that he considered the best of the building. In a room full of scenery paintings he pointed out one of a forest floor. The canvas was splashed with all manner of rustic greens, browns, and yellows, depicting a scene of heavy, musty life. The stream that wended along the floor was clogged with leaves of all hues, the trunks were weighed down by both the drooping canopy above and the moss that lay thick on their every knot and crevice, the very air seemed laden with millions of hovering particles.

When one stepped nearer to the work, though, the scene dissolved entirely. Up close it became a thousand tiny strokes, each no longer than a centimeter or two, each a slightly different color. There was no obvious form or structure to it. There were no trees, no moss, no leaves, no stream, just a seemingly meaningless cacophony.

My friend told me he considered this piece to be an authentic and true masterpiece, due to how it involved the viewer in its creation. As he went on to explain, the paint itself could not convey the scene entirely. Rather the final image was dependent upon the viewer’s mind subconsciously taking all the disparate pieces and blending them into shared meaning. This meant the viewer was immediately more mentally engaged with the piece than if the artist had done all the work for them, it also meant the finished piece would differ from person to person, even differ for the same person from day-to-day. Looking at that piece, the viewer would see a little of their own soul reflected back.

Sometimes stories make the mistake of spelling everything out for the user. Sometimes that might be due to the author considering their audience incapable of connecting the dots, but I imagine it happens mostly because the power of suggestion just hasn’t been considered. Subtle suggestions in story can take a few forms, on the one hand it might be presenting the reader with an ambiguous ending, one that asks them to complete the plot with what they, personally, thinks is the most fitting. For an example of this consider the Life of Pi. Is the story with the people or the animals the correct ending? Is the author suggesting God is just a work of fiction, or that God gives meaning to our lives? For myself personally the Life of Pi is not ambiguous, it has a very definite ending and meaning… but that ending and meaning are based entirely on my own beliefs and preferences, and someone else might construe a different closure.

Another example would be the Iranian film A Separation. Here we see a family falling apart in slow motion. At the very end the young daughter is asked which of her parents she wishes to live with, as they are finally filing for divorce. She hesitates over her answer, and then the camera cuts to the parents sitting apart outside the judge’s office, waiting to hear what their daughter’s choice will be. At this point the question is being turned back to the audience. Which parent do you think the girl should choose? Both parents have done wrong, neither one is innocent. With all that you’ve seen, whom would you choose? And then the movie cuts to black.

Aside from an ambiguous ending a story can also simply leave a connection unsaid, leaving the reader to make the obvious association and thus subconsciously invest themselves into the story. Many allegories and fairy tales work this way. That’s a topic for a blog post all on its own, but for now let’s consider Jesus’ parable of the Good Samaritan. The story is technically complete, it gives as a response to the question “Who is my neighbor?” a proper definition of what a neighbor is (one that cares for another). But during the describing of the Samaritan’s attributes it invites the listener to determine who specifically that represents in their own life. James cared for me selflessly like that, once. I wish I was more giving to Melanie like that. Often these realizations don’t require conscious thought, the story causes them to naturally spring to mind and the listener doesn’t even realize that they were taught something.

Another example of this is Fifth Business by Robertson Davies. It is a story all about the classic literary roles: the hero, the heroine, the villain, the confidante, and (as defined by Davies himself) fifth business. The main character, Dunstan Ramsay, is obsessed with myth and narrative archetypes, and takes time to discuss them with us interspersed with the recounting of his life. As the tale progresses the reader finds themselves, unprompted, identifying who is the villain in Ramsay’s story…who is the confidante…who is the hero? The sad realization dawns on us that it isn’t Ramsay himself, even before the author tips his hand. And then we naturally start to wonder what role are we playing in our own lives?

On Thursday I’ll present a short piece to illustrate this concept further, but for now the takeaway is learn to be subtle in your story-telling. Leave a few things unsaid, trust your readers to make the obvious connections, prod a little introspection in their own lives to give your story personal meaning to them. I imagine if you consider the stories that you like best, you’ll probably find they are the ones that you put a little of your own soul into.