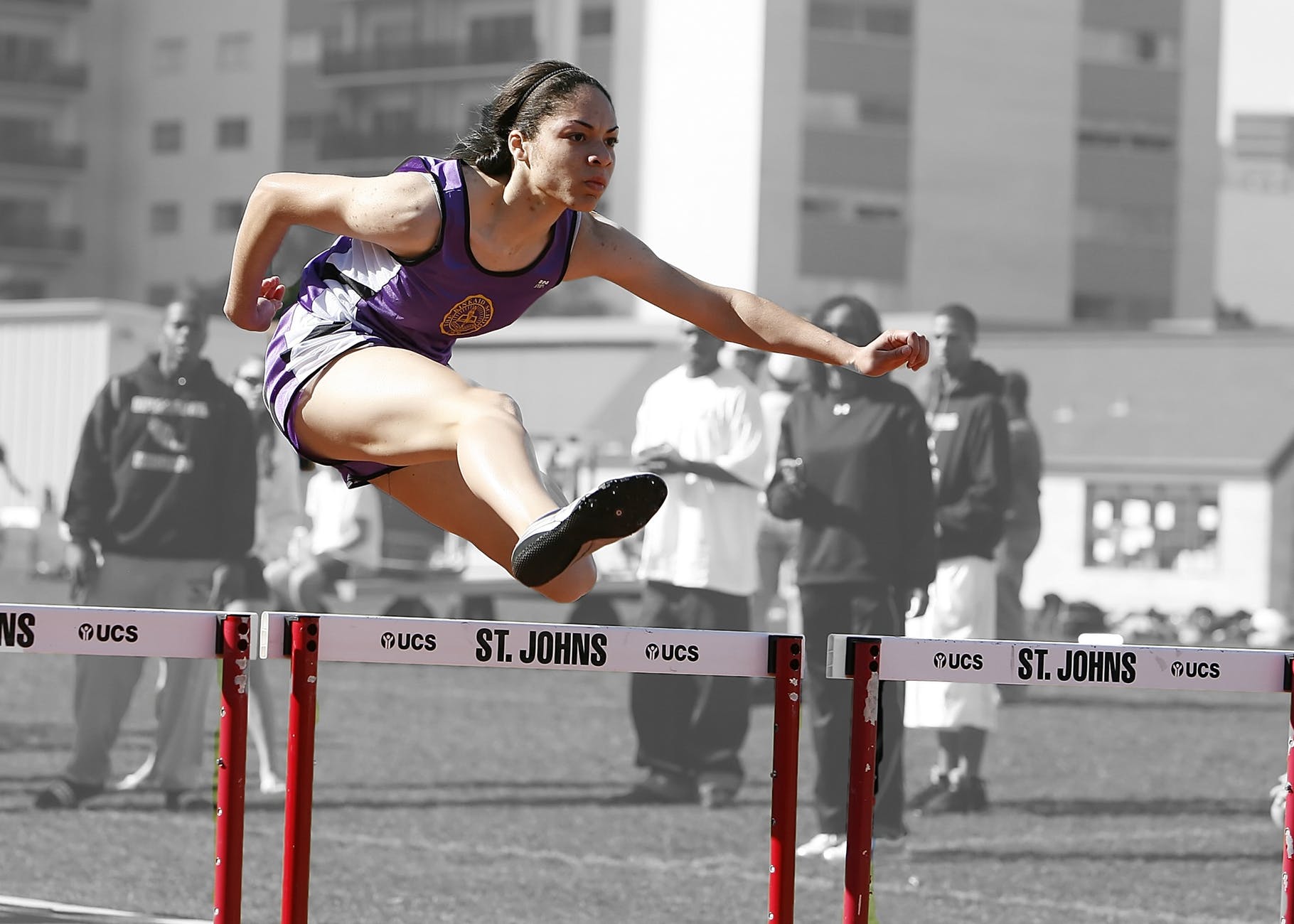 I think most people have a dream to create something that’s never existed before. Maybe the hope is to publish an original novel, or to invent the next household technology, or to launch your own startup. Doesn’t matter if it’s by art, science, or business, the itch to craft something new seems to be part of our common heritage. I think to many of us creating is a way to reach for immortality, a way to leave a part of ourselves that will exist on this earth after we’ve gone.

I’ll bet each of you know what that creative yearning is for yourself. Whenever you’ve contemplated dedicating yourself to making it a reality you feel your heart stir inside and you can’t deny that call any longer. No matter the effort needed, the sacrifices required, the chasms that must be bridged, now is the time to trade wishes for will. You map your course, you take stock of the needed provisions, and with confidence you take those first daring steps into the journey!

…And then some kind soul sees it as their duty to tell you that you’re wasting your time, you will never achieve what you want, and that you’re just not that special.

“Oh wow, a college grad who made her first student film and now thinks she’s going to be the next Steven Spielberg. How original.”

“Just tell me you’re not quitting your day job for this. Right?”

“Wilbur, Orville, it’s like this: if man was going to fly, one of those countless (and smarter) inventors would have already achieved it. But they didn’t, they failed. And died… lolz.”

It can be incredibly disheartening and embarrassing. And as if the cynicism isn’t bad enough, it also turns out that the jerks have statistics on their side. If you think about it, most likely the thing you are trying to accomplish has been attempted, in some form, by many others and failed at by the vast majority of them. Because, you see, in order to achieve a rare accomplishment you have to do something, well, rare. By definition, your unique accomplishment is something most people won’t ever do. And don’t we usually we feel that we fall under that “most people” category?

As an example of the cold, hard numbers of reality, I refer you to William Dietrich’s post about what your odds of publishing a remotely successful book are. In short, the odds aren’t good. Only 2% of books ever sell more than 5000 copies…and that’s assuming you even managed to get published!

There, I gave it to you straight, but, fortunately, none of that matters. Now I’ll tell you why.

Whenever someone is ridiculing you for your ambition, remember that they are not unbiased. Though they may say they are just trying to present you with “hard facts”, I’ve noticed that most of them betray an emotional desire to see you fail. I hear a lot less of

“Only 2% of books are remotely successful, so just know you have a 1 in 50 chance”

and a lot more of

“Only 2% of books are remotely successful, so you have no chance”.

They seem to speak with such confidence that you WILL fail as a guarantee, even though the “facts” don’t support such certainty. That’s not the math talking, that’s emotion.

So why is that pessimist so emotionally invested in your failure? In most cases it’s because he was hurt. In some way or another he once had his own dreams crushed and he wants to pass on the favor. When someone fails at their goal, it’s human nature to look for something to blame. He feels like he has two options: blame himself or blame some vague uncontrollable facet of the outside world, we’ll call it “the system”. Blaming “the system” is obviously easier, it deflects shame, it is nebulous and therefore resists introspection, and it allows him to nurture his hurt with self-pity. But then, if “the system” was the one that let him down then, to be consistent, it’s also got to let everybody else down, including you. If you were able to succeed, then you would be rebutting his condemnation of “the system”, and as a corollary putting the blame back onto him.

But let’s not go too far in demonizing the pessimist. Because, after all, the most vocal pessimist is probably the one we carry inside, the one that remembers how we had our hopes dashed once before and is just trying to protect us from facing that pain again. It is misguided, but it is understandable.

Perhaps the statistics as a whole won’t change, but they can change for you individually. Right now there are 491 athletes in the NBA (rpiratings.com/NBA.php) and over 325.7 million citizens in the United States. That means if you were to select a random individual in the US, you would have a 1 in 663,340 chance of choosing an NBA athlete. Now, does that mean that next year I and the top college player each have the same 1 in 663,340 chance of being drafted into the NBA?… Sadly, no. Of course not. Mine are far less and his are far greater. The two of us simply belong to different pools of likelihood.

So perhaps the pessimist is correct that most people never achieve their dream. But at that point he is speaking about the grouping of “the masses”. In my experience, people in this category will massively fail because the vast majority of them will not ever try, or else they will quit after not trying very hard. Now if you’re willing to dedicate some time each day to consistently progress towards your lofty goal, then you’re already placing yourself ahead of the masses and the odds of the masses no longer apply to you.

Consider J. K. Rowling. When she was born she would have appeared to just be one of “the masses” as well. We would have given her extremely miniscule odds of ever publishing a story, same as everyone else. Then she wrote little stories continually throughout her young life. Then she thought of a solid idea for a novel and developed an outline for it. Then she created a first draft. Then she worked hours upon hours and completed a quality manuscript. Then she got up the nerve to submit her idea to one book publisher after another until she got the answer she was looking for. At each step she’s been separating herself more and more from “the masses” and drastically improving her odds of success. At this point, getting a story published is probably more likely than not, it’s just the next logical step for her. In fact every step in the sequence was logical and well within the bounds of probability given all that preceded it.

So sure, maybe the odds of you achieving your dream aren’t that great right now. But the odds for you to develop a plan to day-by-day make steady work towards that goal? Those are chances you can definitely work with. And then executing on that plan from day-to-day? That’s totally plausible, too. And with every added effort, the percents on your ultimate dream are sliding a little more in your favor.

Finally, don’t give up on your ambition, but do make sure you have a healthy one. By this what I mean is don’t make your dreams and happiness dependent on the whims of others. We do this a lot. We say “I can’t live with myself if she doesn’t love me back,” or “I’m so worried that they’re saying something bad behind my back”, or “I hate it when you do someone a favor and they don’t even thank you.” We try to curry favor from teachers and fish for compliments from peers. And while we may not say it, I think most of us find ourselves imagining how our self worth would improve if we ever became famous.

This is all very common, but like I said, it’s not healthy. We often get into these mindsets because somewhere along our path we stopped viewing ourselves as enough. We became dependent on others to validate us and tell us that we’re good. Aside from the emotional damage this can cause, it’s also a setting ourselves up to fail in our endeavors. Remember how I said the vast majority of people will quit on their dream? Well, having as your motivation that you want to create something so others will respect/praise/accept you is one of the most fickle and sure-to-burn-out motivations that there is. You’re setting yourself up for a vicious cycle of disappointment and shallow commitments that go nowhere.

So yes, it’s fine to want to create something, to want to make it the best you possibly can, to make it something this world has never seen before. But do it for yourself. Your odds of selling millions of copies and signing movie deals will always be too small to fathom, but your odds of writing a book that you yourself are proud of? Not bad at all.

If you’ll allow me a moment of personal pride, consider this blog post. It’s chances of ever being read by hundreds of thousands of eyes are miniscule. If that was my driving motivation I probably wouldn’t have bothered with the post because the math just doesn’t add up. But you know what? That’s not my driving motivation. I just wanted to take some of the thoughts and feelings inside of me, formulate them into a coherent package, put them somewhere that I could easily recall them, and share them with people I care for. And my odds of success? Well, it’s already accomplished, isn’t it? And I feel good and satisfied. I feel like I’m enough.

But that’s plenty about me and my creation, go and make something for you now.