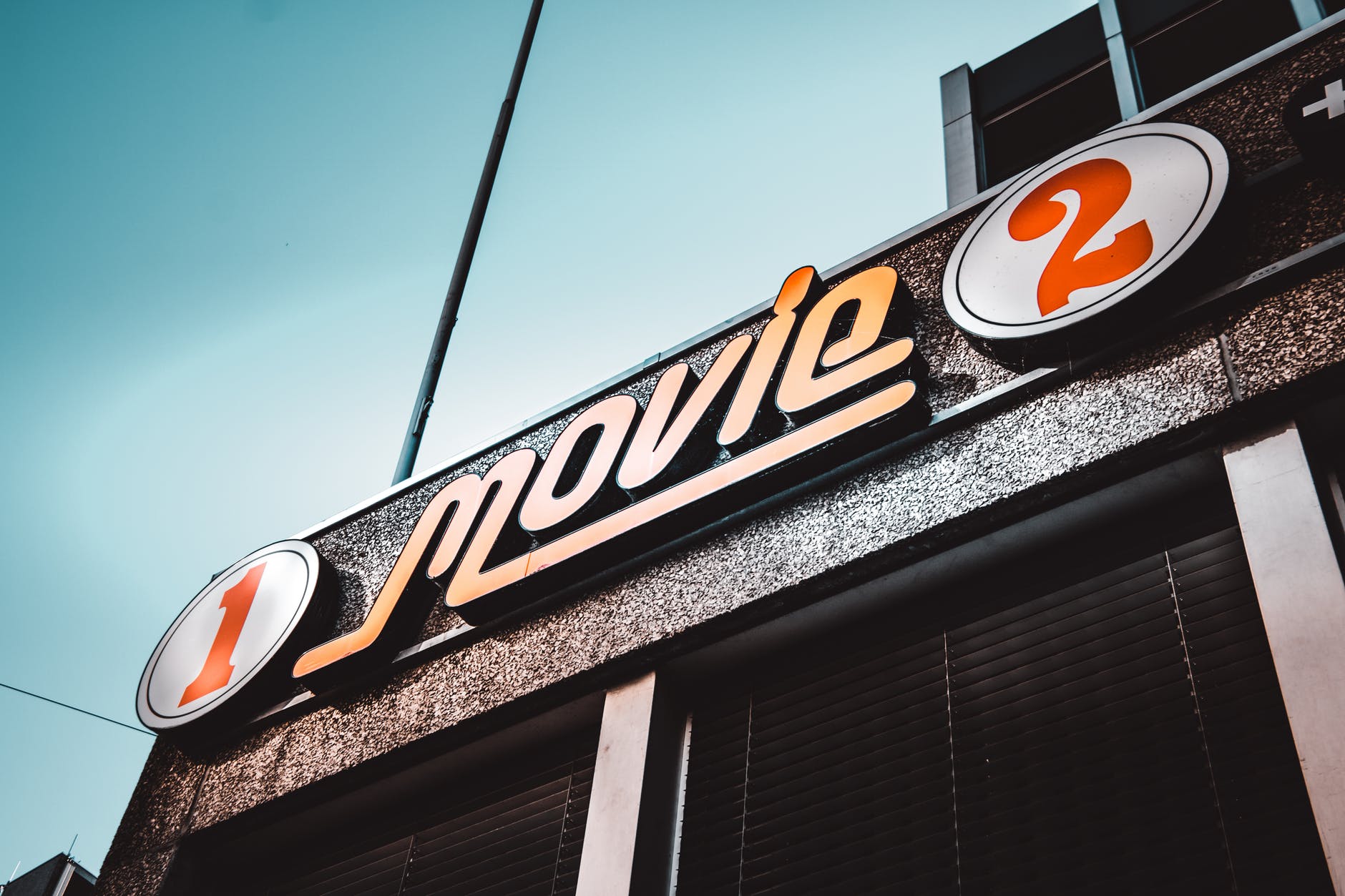 Some stories are timeless, but most are not. In fact, many a story that grips us when first experienced will become drab and lifeless the second or third time around. There is, of course, a very simple reason for this: more and more, media is designed with the fresh-newcomer experience as its sole focus. This means emphasizing on spikes of short-lived emotion instead of cultivating a long-lasting meaningfulness, which results in something like a “fast-food” story. They are lesser quality and will disagree with your digestion later, but they sure do look flashy and are pumped full of senses-pleasing fat and sugar. And, like blowing the sugar coating off of an otherwise bland pastry, each of these stories is immediately less palatable once you get past the shallow fluff. This has directly contributed to our become such a spoiler-averse society. Once I know who lives and who dies, who turns evil and who is redeemed, there is little left of the story that is actually interesting.

While this unfortunate trend exists in films, novels, and games alike, for this post I’ll draw each of my examples from the movie industry as its shorter-length format is especially susceptible to this weakness. In Hollywood, action films are scheduled for the summer months and horrors are scheduled for the fall, each entry crafted to ride a targeted wave of nostalgia in their season and wring out as much profit as possible before getting dismissed to the discount bin forever after. Let’s take a look at how a few specific genres focus on that first-time experience at the expense of each repeated exposure.

Comedy. Nothing is ruined by knowing the end from the beginning like a joke, a witty zinger just will not land if the audience is quoting it alongside of the main protagonist. Even worse, once you know what the punchline being built up to is, you may realize that much of the story is nothing more than setup for it, as opposed to actual plot development. I personally find that most comedies are only worth revisiting either when it has been so long that I’ve forgotten how each bit pays off, or else when I can share it with a friend who has never seen the comedy before, and thus laugh vicariously through them in their first-time experience.

Action. The summer blockbuster, the high-octane flick, the hero who can stand up to anything…except repeated viewings. A chase or fight sequence may be thrilling the first time you see it, but each punch and crunch just feels a little less impactful with each time you see it repeated. Soon you start to see the sequence more and more for what it actually is: choreography, two actors simply repeating an endlessly-rehearsed set of moves. The movie is showing its seams and the magic is broken. Also, the effects-heavy sequences that were considered cutting edge and photorealistic when released, stick out like an immersion-breaking sore thumb in as little as a year or two later.

Horror. Modern horror films eschew true fear and instead heap cheap gore and jump scares on the audience. Sure, this gives a quick gut-punch on the first viewing, but just like the punchline in the comedy, once you know what’s about to pop out from around the corner the effect becomes worthless. Predictable monsters aren’t scary and gore that was once nauseating will soon become  mundane. After the startles and discomfort subside, you’ll realize that these stories have hamstrung their own pacing, because you cannot create any sort of meaningful tempo or cadence while also maintaining a constant barrage of adrenaline spikes.

Romance. These stories are almost a meta example of the very topic we’re talking about. The vast majority of these focus solely on capturing that first-time excitement of meeting someone new and falling in love with them. And, like many real-life romances, repeated exposure transforms the initially charming quirks into grating pet-peeves. This first meeting is being cute just for the sake of being cute, isn’t it? This breakup at the end of the second act is pretty cliché, isn’t it? The music swelling at this vow of undying love is just manipulating an unearned emotional response from me, isn’t it?

Now, lest I sound as though I hate all movies, let me emphasize that not every film is so vapid and short-lived, just that too many of them are, and all for a lack of even trying. There are excellent counter-examples in each of these genres though. Groundhog Day is a comedy that holds up by interweaving its jokes with the main character’s development. He begins as a cynical and sharp egoist, and that is exactly the style of humor that is employed. As he gradually transforms into someone more sentimental and kind, though, the mood follows suit. In the Bourne Identity the action remains compelling in how it actually embraces the idea of a man rehearsing hand-to-hand combat moves ad nauseum until he can repeat them by muscle memory alone. This lends the choreography an honesty and makes both the amnesiac character and the audience uncertain of the depths of his potential. The Sixth Sense begins with creepy characters and menacing ghosts, but then goes out of its way to disarm them by revealing that they only seek to be helped. Then it shifts focus to the deeper fears of everyday jealousy and grief, phantoms that will haunt you for far longer. Sunrise: A Song of Two Humans is a romance that takes place long after the typical first falling-in-love encounter. In fact, it takes place at a critical juncture where the relationship, and even life, is threatened to end forever. In an allegorical fashion it drills down to the fundamentals of both how love is lost and how it can be saved, thus remaining just as relevant today more than 90 years later.

There’s one thing each of the examples I’ve given have in common. They are stories first, and genre-pieces second. The easiest way for a writer to fall into the trap of making a short-lived story is to sit down with the intention to write the most humorous, or the most exciting, or the most frightening story, or the most romantic story ever told. With time that most adjective will fade out, and all that will be left is the…story. If that story is weak, the audience will soon see it for what it is and wonder how they ever tolerated such drivel. Writing should be approached with the intention to just try for the best story, and then incorporate themes of comedy, action, suspense, romance, or whatever else only as it pertains to the subject of that tale. If you’ve written an outline that calls for “some sort of epic chase sequence” as a bridge between the actual scenes where plot happens then you’re forcing action on top of a non-action story. If your story actually needs a chase, that chase should be inseparable from the plot, baked into its very DNA.

When a story is well composed and true to its core then two things happen. The first is that knowing the end from the beginning does not lessen the experience. If anything it only heightens it because now you can recognize the expert craftsmanship as it is happening. You notice how this early scene is effortlessly setting up for the character-inflection that follows in the next, you pick up on how the emotions evoked by the first half is contrasted by the opposite trajectory of the second, you take the whole work in as a single piece of art where every stroke supports every other. The other effect that happens is you get sucked into the premise and believe in the characters. Though you may still remember the punchline, anticipate the betrayal, know where the monster is hiding, and recite the closing vows by heart, you can’t help empathizing with the characters’ tension in the moment. These aren’t actors playing pretend anymore, these are real characters who you believe are experiencing all of these moments for the first time, and you always find their journey incredibly fascinating.

At this point we are brushing up against one other differentiator between single-season stories and timeless tales, one that has to do with whether the story’s focus is on the character’s experience or on the audience’s. There is a time and a place for both, but to do this topic justice would require a separate post all of its own. For now I’ll just say that for the types of stories we’re discussing now, it is often better to go the route of prioritizing the character’s experience and trust the audience to empathize with them. First, though, we need to conclude our Free Cleaning Service story. My intent in that title is to not manipulate the reader with short-term emotional hooks, or try to shoehorn the tale to meet some genre cliché. Instead I wish to imbue the suspense and dread deep into the atmosphere of my tale and allow them to manifest themselves as something more corporeal naturally and whenever they see fit. Come back on Thursday to see how it turns out!