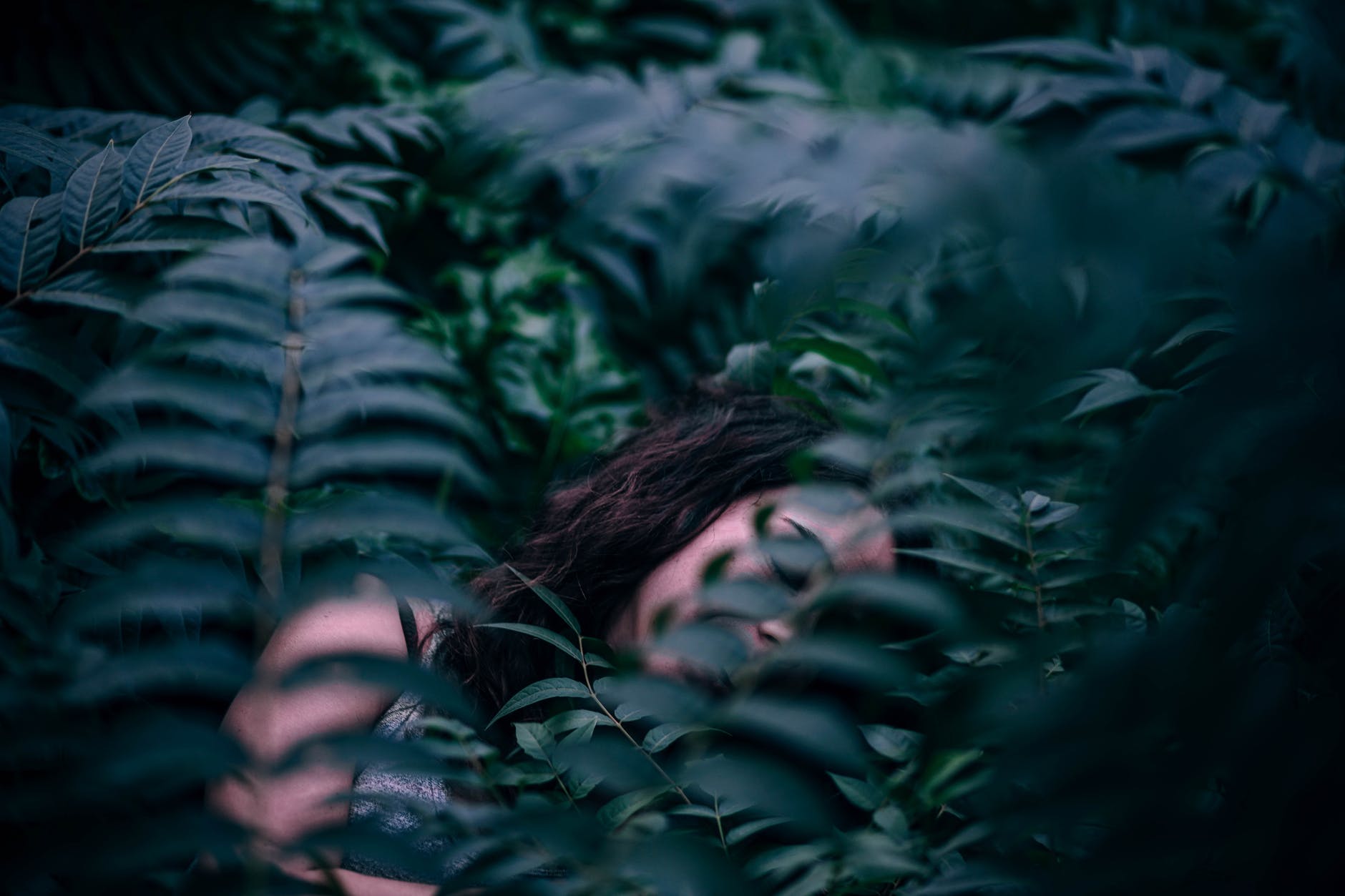 I’ve always been partial to fairy tales and allegories, stories like Aesop’s Tortoise and the Hare or Hans Christian Andersen’s Little Mermaid. In addition to their insightful messages, I find that their structures stimulate the imagination and fill the reader with a sense of wonder. Unfortunately, I very rarely see these stories getting the fanfare they deserve, and I’m sure this is primarily due to how easy it is to take them for granted. Since people have known these stories their whole lives they believe they understand everything there is to know about them. In fact, because most people were first exposed to them as young children, they assume the stories must be childish by nature. You’ll notice they don’t make the same assumption of allegories they come across later in life. For example many consider Plato’s The Cave to be a far more intellectual and cerebral story, simply because they first encountered it in some college level history or philosophy class. This bias is absolutely understandable, but it says more about the reader’s mindset at the time of meeting a story than it does about the story itself.

A common rebuttal might be no, fairy tales really are just more immature as a general rule. Their messages are quaint and unrealistic, and so they can be dismissed out of hand. This perception no doubt would arise from the fact that fairy tales, for the most part, strive to define sharp cutoffs between truth and error, whereas society has trained us to see the world in shades of gray. Isn’t this whole business of “true love conquering all” just too corny and impractical? The real world doesn’t work like that, does it? While I do agree that day-to-day life is far more messy than the idealized environments given in most fairy tales, that’s kind of the point. You see, fairy tales are actually following a tried-and-true method for complex learning, one where core principles can be observed in isolation and then combined and applied to real-life scenarios. We’ll look at an example of this with Snow White in a moment, but for now let me point out that you can see this exact same pattern in the study of harder sciences, such as physics. “Imagine a sphere with perfectly distributed weight accelerating through a complete vacuum” they say, but where in life are you expected to ever find a perfectly uniform sphere and a complete vacuum to throw it through? The theoretical experiment is merely a fairy tale, an allegory, but through working the problem out the physicist is able to identify universal relationships which, when combined together, accurately model our complex world with astonishing accuracy.

Well that’s all well and good, but what if I just don’t like the style of them. I prefer things with more subtlety and nuance. I want characters who change and evolve, fairy tale heroes are always so flat and one-dimensional. Also I want settings that are more imitative of real life so I can relate to them, not all this fantasy imagery. Now to all this I must admit that personal taste is of course subjective, and without a doubt modern tastes are swaying away from fairy tales. However those tastes sway on a pendulum, and it will probably come back around to allegory at some point once it is no longer “cool” to distance oneself from it. There’s nothing inherently wrong with these modern tastes, mind you, but there isn’t anything inherently superior in them either. Personally I think there is plenty of space to appreciate idealized fairy tales and nuanced realities, both are just as impressive when pulled off well.

But let’s take a closer look at the notion that fairy tale characters are flawed by being so one-dimensional and that their stories lack multiple layers. For the first point, I’ll just start off by admitting right away that yes, fairy tale characters are usually very flat and lack any meaningful development or arc. Just look at Snow White. She is a princess of the medieval era, surely any real-life adolescent in her shoes would be a complex combination of all the competing influences likely in that climate. Where’s the burden of political strife between neighboring kingdoms, the ignorance inherent in antiquated superstition, the trials of being a woman in a patriarchal society, the formative changes of female adolescence, and on top of all that a healthy dose of mommy-issues to boot? She’s going through all this and her response is to just go sing with birds in the woods?!

Now of course, what these critiques fail to appreciate is that the characters in fairy tales don’t behave in a lifelike manner because they aren’t supposed to. You see, Snow White, as suggested before, isn’t actually a representation of a medieval princess at all, she is a representation of a singular, isolated idea, an intentionally one-dimensional concept. And what is that one-dimension she occupies, what single notion is she designed to represent? Innocence. Adding little character wrinkles and nuances might make her a better person but it would also make her a far worse allegory. The more defined as a character she is, the less universally she is able to represent innocence to us. When we view her as intended by the author, the whole singing in the woods makes a whole lot more sense. Innocence doesn’t care about the matters of court, the injustices of the world, the scheming of enemies, innocence is just, well, innocent.

Snow White’s evil stepmother is just as flat and one-dimensional, too, but she represents something far more sinister. Vanity. Snow White and the Seven Dwarves could be renamed Innocence and Vanity, for the entire story is purely a dissertation on those two subjects and the interplay between the two of them. And what is that interplay? Well, vanity wants something, she is vanity after all, and that desire puts innocence and vanity at odds with one another. For innocence to survive she must flee from where vanity resides and if ever vanity catches up to her she will poison innocence and kill it. The symbolism here is very clear and can be summarized succinctly. Vanity pursues, taints, and finally destroys innocence. This is a somber thought, and one that once understood becomes applicable to many layers of real life. It is in the personal application that we begin to see the complexity inherent in fairy tales.

On the one hand I can use this template and apply it to my relationship with the world. I would say there lies a bright and hopeful innocence inside of me, one that wants to create and live and chase its dreams. Those innocent desires can be threatened, though, when surrounded by a vain world that derides the hopeful’s efforts and crushes their hopes with sharp cynicism and cruel mockery. I need to be careful to keep that world at bay so that I can remain uncorrupted and optimistic.

But then on the other hand, I start to think this template is a model for my relationship with my son. My son is innocent, so full of life and wonder. I am vain, and the same hopes and dreams I just mentioned before are ones I pursue for my own prestige and pleasure, purely selfish desires. If I allow my vanity to rule me I am cautioned by the tale that my son’s innocence will be the price I have to pay. Many a bright child has lost a part of themselves when they were left under-nurtured and unconnected from parents that were too busy pursuing their own dreams.

But looking at both of those prior examples now I start to think that both the innocence and vanity lie within me all at the same time. Sometimes what I do is done with honest intentions and it is innocent, sometimes it is done for selfish gain, and it is vanity. I never have made a choice that was partially divided between the two, it was either one or the other, thus we see that these concepts truly do stand at odds to one another. Each time I make a choice that is driven by vanity, I can feel that good innocence in me diminish a little bit and at times I have driven it down to the point where it seems to die. Sometimes I cannot even recall how to act purely from the heart anymore.

Snow White is a meditation on some very sobering thoughts, and this somberness deserves to be paused on and felt in their full impact. But this isn’t where the story of Snow White ends, is it? After innocence has been destroyed by vanity and left powerless for a time, she ultimately comes back to life. Not by her own power, mind you, but by true love’s first kiss. This is the most important lesson of the entire story. The dual-message of Snow White is first a warning that each of us will feel the death of innocence within us at the hands of vanity, but when this happens the story affirms we can rekindle that innocence anew by an act of pure love. This isn’t as grandiose as the arrival of a charming prince to whisk us away, nor is it going to be able to solve all of our problems, but these moments do exist and they are profound influences in our lives, no matter how small and simple they may be. This is where the parent reconciles with their estranged child, the kind word from a friend that compels an artist to try again, the tearful apology to oneself followed by a commitment to be a better person. This is healing in the midst of sorrow, and through it what was lost can be rekindled, and the potential for a happily ever after can return.

If you start looking at fairy tales with the mindset of finding what core principles the characters represent, you may be surprised at all the profound lessons they have been trying to teach us. Pinocchio is mortal man striving through earth life to become like his real father, Hansel and Gretel are the pairing of both resourcefulness and bravery against all the world, Beauty and the Beast is an examination on the natures of true beauty and true ugliness, and the Little Mermaid is about the infinite value of the human soul.

When we hear these stories as children we feel them connect to something to our inner selves, yet do not have the capacity to understand exactly what it means. We know there is a truth here, but we cannot give voice to what that truth is. When we visit these stories again with the experiences and scars of adult life, we start to give names to the reasons why we loved them.

I’m definitely not ready to craft my own fairy tale that could hope to stand among these giants, however I would like to try at simply creating a character that represents a single, constant idea. That character may not seem like much a person, but I hope to make him represent a real part of a person, and when his thread is combined with others I hope a tapestry of meaning will emerge. Please come back Thursday to meet this first allegory.