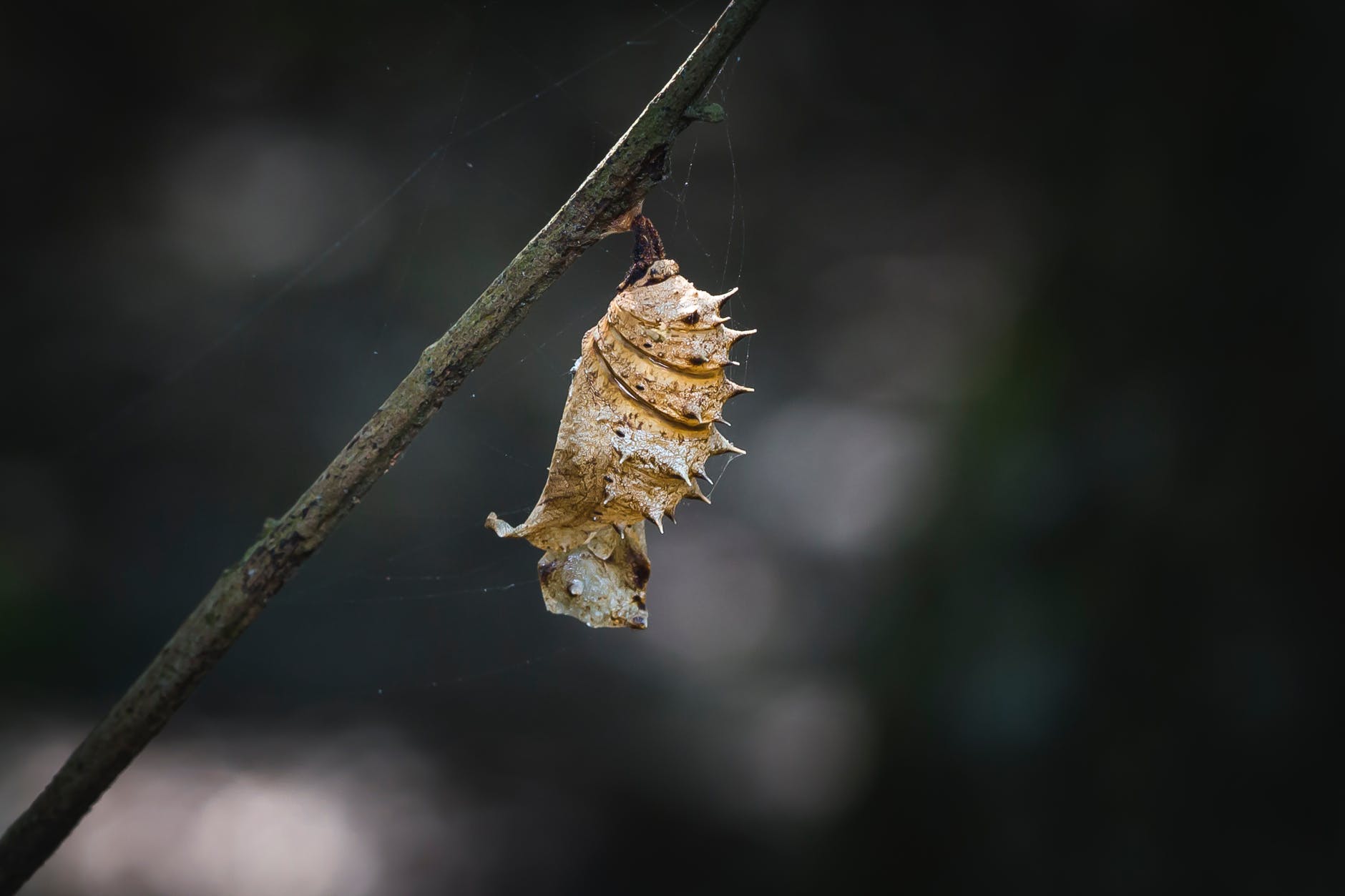 It’s always interesting to meet an old friend after years apart. Sometimes the person has changed entirely, and it feels like you’re new acquaintances all over again, meeting for the very first time. You’re trying to figure out who this person has transformed into, and perhaps a bit sad that the old friend is gone forever. One of the most common fears we have is the fear of change after all.

But at the same time, the worst fate I could think of is to have a life of never changing or evolving. I wouldn’t want a friend, someone that I care about, to be trapped in some sort of Peter Pan situation of never progressing. I would rather want for each of us to be moving forward to bigger and better things, improving ourselves  and making accomplishments that we can be proud of. It’s been said that the day you stop learning is the day you start dying after all.

I remember the first time my family moved. I was about fifteen and I felt deeply divided between excitement for the new possibilities, and sorrow at the loss of all I had known. Having conflicting feelings for the same situation is inherently interesting, and naturally invites creative exploration. No wonder then that the idea of “change” has always been so central to literature.

Stories have long dedicated themselves to examining the phenomenon of change from every possible angle. There are stories where the change is quiet and subtle. Consider the novel Mrs. Dalloway, where Richard decides that he wants to tell his wife that he loves her, though it has been years since he has done so. And then, of course, there are times when the change is quite sudden and dramatic, such as from the very same novel when Septimus decides he will die rather than surrender his private soul.

Most stories are a combination of both subtle and dramatic changes, but obviously the latter grab our attention more. Dramatic changes can be recognized as the momentous occasions which serve as inflection points to the entire narrative, the bends in the river that shape the way it flows.

But we can limit our scope even further. There is a subcategory of changes in literature where one character ceases to be the person that they were, and thus becomes someone else. This sort of total transformation can be found in even the most ancient of fairy tales and religious texts, across all different cultures, and in a great number of stories of today.

It is interesting to note that these sorts of rebirths are very often composed with the exact same symbols and forms as one another. It seems that deep in our psyche we all believe that transformations such as these tend to come with specific trappings. There are four of them in all: an element of a loss, a calling, a mask, and a return.

Loss is inherent in transformation. Subtle changes might allow for a character to remain essentially the same, but transformation demands that something is let go. For every butterfly that emerges from a chrysalis there must come first the loss of a caterpillar. The loss is always something very significant too, something that is often taken against the main character’s wishes

Think of Luke Skywalker, Simba, and Bruce Wayne. Each lose their parent figures at the beginning of their tales. Edmond Dantes loses his freedom after being wrongfully accused. Paul, the Apostle, loses his sight on the road to Damascus.

Growth through pain seems to be one of the universal truths of our world, so it makes sense that it would accompany the transformations we write into our stories. For a character to have space for their new identity, then something about their current identity has to be taken out first. Now there is a hole inside of them, and what follows depends on how that hole is handled.

It is always right when our character hits bottom that something comes along to call them to something higher. This is one of the few times in a story where perfect timing will not be accused of being a coincidence. This isn’t dumb luck, you see, this is fate. The loss only happened because the calling was coming, or else the calling only came because the loss summoned it. Either way readers naturally accept that there is a cause-and-effect relationship here, and so they do not question the convenience of it.

And so Obi-Wan Kenobi tells Luke to learn the ways of the Force, the ghost of Simba’s Father reminds him of who he once was, Bruce Wayne commits himself to fighting injustice, Edmond is given both an education and a secret by Faria, and Paul hears the voice of the Lord.

The presence of callings in our lives means that our loss is not merely suffering for suffering’s sake. It suggests that our pain might be happening for a reason, that there is a purpose to it all. It takes the pessimism out of the pain and gives us hope for a healing.

As I mentioned above, the character that does not find their calling grows cold and cynical, they come to see the world as a place of random chance and inherent injustice. However there is also the possibility that the calling did come, but it was ignored. The calling will never be to do something easy, it has to require an entirely new way of life after all.

To the character willing to answer the call things will never be the same again. The calling shrouds that sufferer in some new, and now the transformation truly begins.

In real life it is commonly observed that after one has gone through an experience of personal transformation they somehow now “look different.” Exactly what has changed might be hard to pin down: a light in the eyes perhaps, a glow in the face, a subtle altering of the complexion. Some sort of ethereal mask seems to have lowered over their face, a change that is sensed more than seen.

In stories these changes are usually made far more explicit. Luke dons the robes and weapon of a Jedi Knight, Simba grows into an adult with a full mane, Bruce Wayne crafts a cape and cowl, Edmond assumes the title of a Count, and Saul begins to call himself Paul. They all now have a new identity, an image, or a name. It is something that makes their change tangible and quantifiable. Other characters and the audience can see the difference in them and know they are dealing with someone new.

We humans are remarkably capable of perceiving things that are invisible, imaginary, and internal. Even so, we usually seek for ways to bring physical representation to them all. We have our crucifixes, our sobriety chips, our gold medals, our college diplomas, and our wedding rings. None of these add directly to our faith, our strength, our intelligence, or our commitment, but they can be useful as reminders of them. Sometimes people fail to use their greater strength simply because they forget that they even have it. Similarly a hero in story often uses their mask to remind themselves of their new identity, and to steel their fortitude whenever the validity of their calling is challenged.

Finally, the full effect of a transformation can only be fully appreciated after the character is compared to what they were before. This might be as simple as having them come home to their humble beginnings for all their old friends to gape in awe at them, or else it might be to revisit an old temptation that they previously succumbed to. Either way the change is made evident in how the familiar situation now has an unfamiliar outcome.

Luke saves the friends that initially thought so little of him, Simba goes home to face the uncle that drove him away, Bruce brings justice to the man who unjustly killed his parents, Edmond exacts both revenge and mercy upon those who misused him, Paul joins the disciples and suffers the same way he once made them suffer.

It is the return that proves to us that the change is real. Until we are put back into the same scenario we might believe that it is only our surroundings which have been altered, and not our core natures. Returning to the same state, then, is the control which proves the transformation has been internal and not external. We truly are something new.

Thus far in Power Suit Racing I have incorporated the first phases of transformation in Taki’s tale. It began with him losing the love of his life, and with it his entire sense of purpose and identity. He wandered with a hole, unsure of his identity when he heard a voice calling out with an invitation. That invitation was to pursue a new venture, one that non-coincidentally involved donning a suit which altered his appearance.

But as we’ll see in my next post, sometimes when one puts on the garb of the future they find it doesn’t quite fit yet. Thursday’s entry will show the process by which he is able to fill the measure of this new person that he is becoming. And then, a week later, we will see the return where he will be compared to the person he used to be. I’ll see you then.