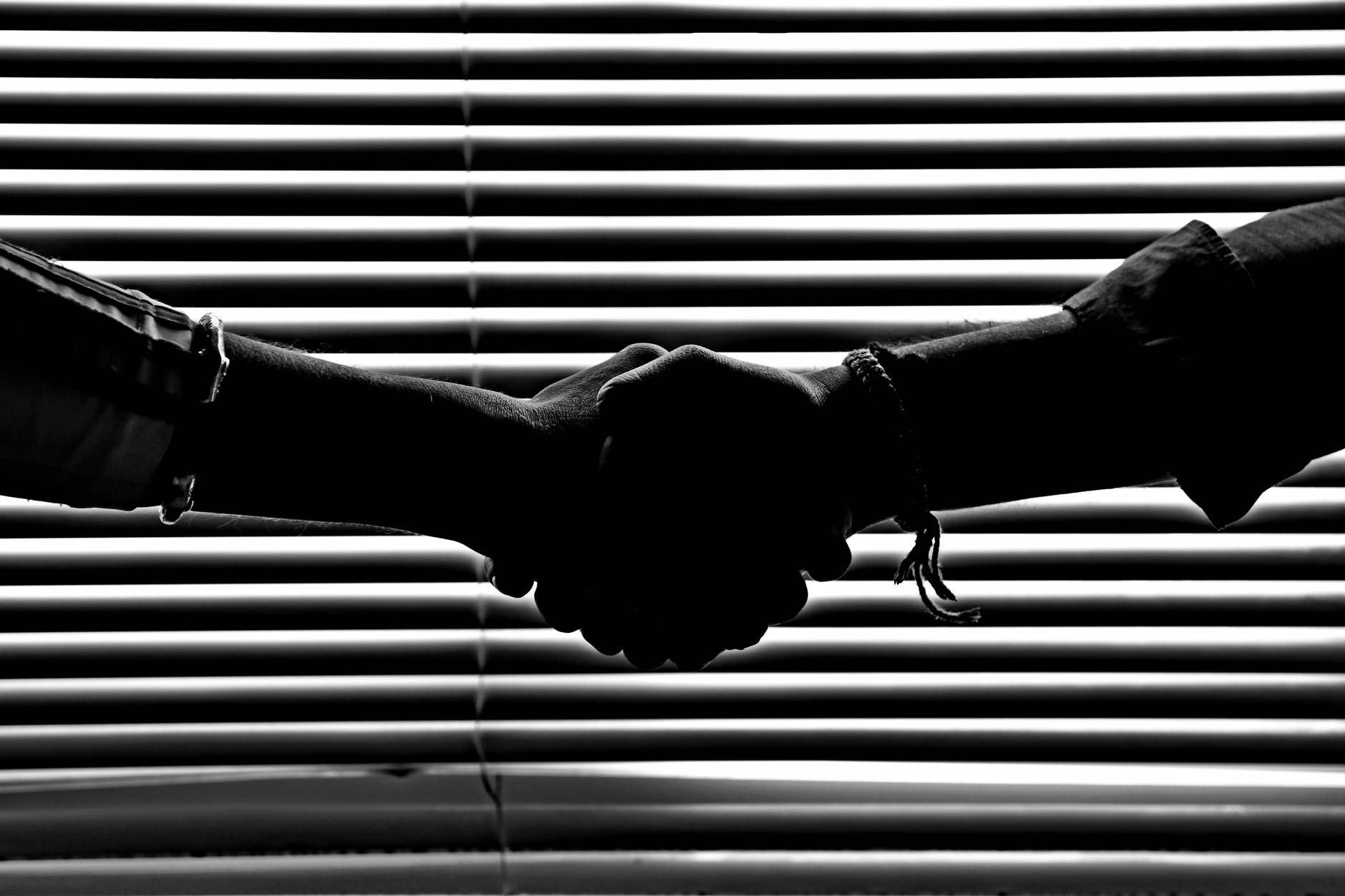 Early on in Pirates of the Caribbean: The Curse of the Black Pearl, Captain Jack Sparrow and Will Turner find themselves at odds aboard a stolen ship. Will Turner is deeply conflicted about working with a pirate to save the woman that he loves, and Jack Sparrow is secretly planning to sell the young man over to the pirates to aid his own agenda.

During their impasse, Jack Sparrow gains the upper hand, and has the opportunity to drop Will Turner into a watery grave. But then he explains that while he can kill William, he cannot man the boat on his own. And so he rescues his uneasy compatriot, and William realizes that it is the same for him. He may not like Jack Sparrow…but he does need him.

This scene is extremely entertaining in its own right, but what I find particularly brilliant is how it gives the audience the thesis for the entire series moving forward. For throughout the rest of this film, and each following one, the tangled web of begrudging alliances only grows and grows.

William becomes a pirate to rescue the woman he loves. Elizabeth pretends to love Jack so that she can chain him to the mast for the Kraken to eat. Governor Swann becomes a pawn of the East India Trading Company to protect his daughter. And Jack Sparrow…well he winds up manipulating anyone and everyone just to wrangle his ship back!

And all this makes for a very engaging premise. Knowing that every pair of allies might become mortal enemies at the next opportune moment keeps us eager to continue watching. Though the films have executed on that premise to varying levels of success, the premise itself is still strong.

Why is this so engaging though? Why do we like to see natural enemies forced to work together? What is so entertaining about volatile compromises? Are we just old gossips that crave drama? Perhaps.

But I think that there is more to it than this. The simple fact is that a story where the characters have no tension is not a story at all. It is stagnant. Momentum only builds when there is friction for each scene to push off of, characters only develop if they are required to face competing ideals, and themes only become powerful when they withstand challenges. In short, if a story features no tension, then it simply states its opening situation, and then every following scene can only reaffirm that.

Of course, virtually all stories do feature tension, which comes in the form of a central antagonist, but usually that antagonist is not present with the main characters for the majority of their their journey. Much of the story, by necessity, will take place when there are only friendly characters present, in which case the only way to have tension is by sowing it among those friends.

Jack Sparrow and William Turner each have a central antagonist in the form of Captain Barbossa, but each is far more defined by the friend-enemy relationship they share with each other.

The first possible purpose would be to have tension that is pushing a character towards their transformation. The character is going through their arc, and the tension is necessary for getting them to change in the way that you need them to.

Consider the example of Han Solo in Star Wars: A New Hope. He begins his arc as a jaded scoundrel who openly admits to caring only for himself. He has to be goaded into every good deed by promises of wealth, and through it all he gripes and complains. He is adding a great deal of tension to every scene he is a part of, and it is tension that establishes how his heroics are forced and go against his natural grain.

And that is why the payoff is so satisfying, when at last he is able to run away from all this heroic nonsense…only to come charging right back into the fray, all of his own volition! It turns out that all his reluctance and moaning wasn’t him fighting his fellow protagonists, it was him fighting against his own conscience. A fight, thankfully, that he loses.

Of course, tension can also be sown to break apart unions. Perhaps two characters are able to set aside their differences when their interests are aligned, but what about when those interests shift? It is fascinating to read a story where each new scene might be the moment that the tension breaks into full-on conflict.

For this consider the temporary alignment of Gollum with Frodo and Sam. In their first encounter, Gollum attempts to murder the other two and steal the One Ring that is in their possession. He finds that they aren’t such easy prey, though, and overpowering them no longer becomes an option.

Now the tension begins. Gollum has to be near the Ring, his entire soul is wrapped up in it, but he cannot possess it while Frodo does. Meanwhile, Frodo and Sam obviously cannot trust Gollum, but they do need a guide into lands that Gollum happens to be very familiar with.

And so an uneasy alliance is formed. Gollum becomes a member of their party, and the trio continue their trek towards Mordor. And all the while we, the audience, keep wondering when that union will break. We are sure that it will only be a matter of time until Gollum sees an opportunity to dispose of the two hobbits.

Opposite the example with Han Solo, the tension is implied, rather than explicit. For on the surface Gollum acts endearing and agreeable, he pretends that there isn’t any tension whatsoever, yet all the while is seething with malicious intent. Our anticipation for their fallout is finally satisfied in the horrors of Shelob’s Lair. In that moment Gollum truly seals his fate. He has proven the irredeemable nature of his character, and his eventual condemnation is assured.

Sowing discord among your allied characters can create intrigue for your audience. But more importantly, it can be an excellent tool for developing characters, and bringing them through a dynamic and changing arc.

In my current story I feature three characters who have a great deal of tension between them. They must work together as the sole survivors of a shipwreck, but also they are motivated to kill one another to preserve their limited resources. In what ways will this tension develop their characters and solidify their fates? Come back on Thursday to see!