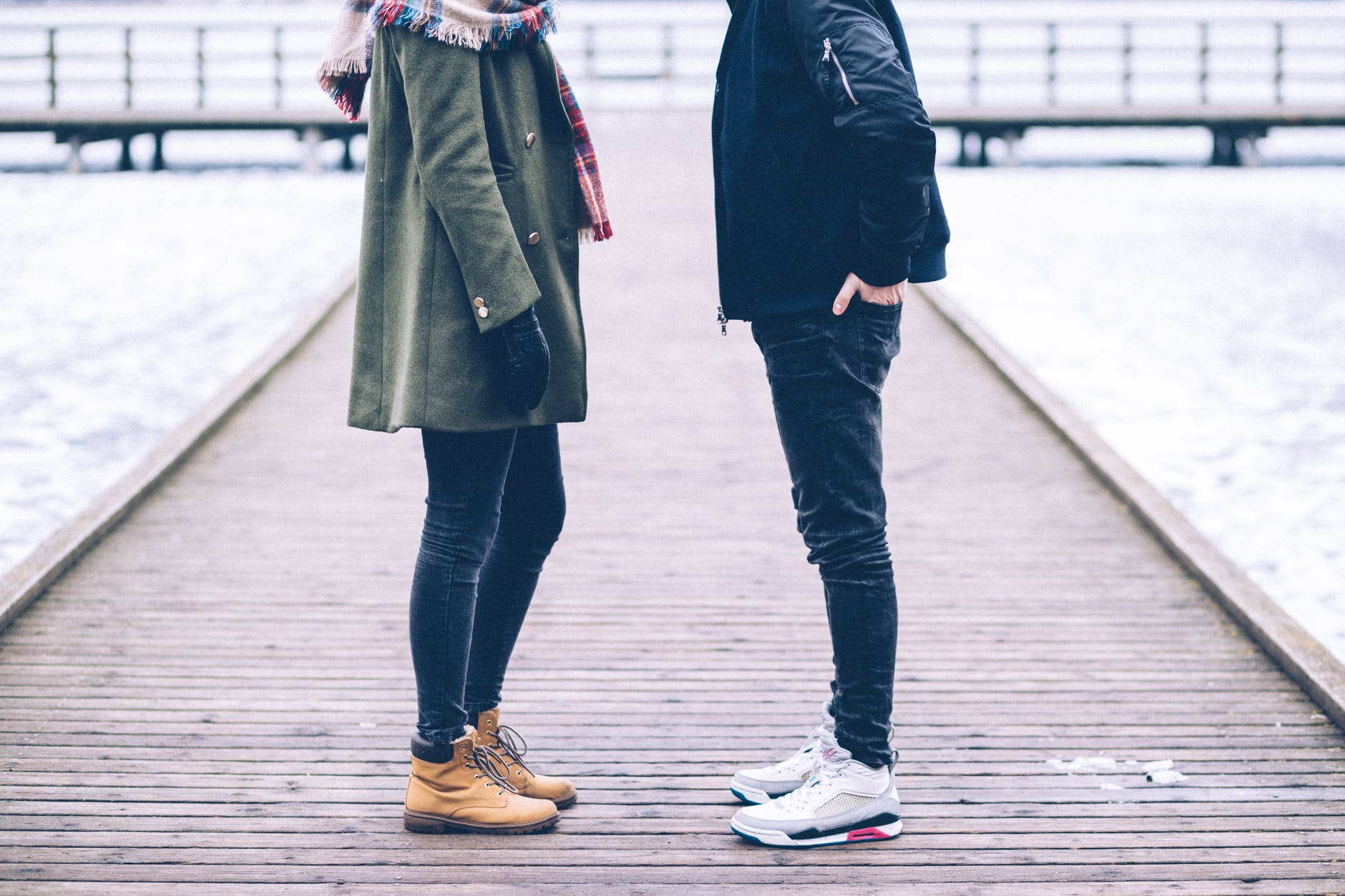 One decade ago I served a mission for my church, and there were a lot of rules that we missionaries were expected to abide by. Our days were regimented out on a very specific schedule, we were to follow a rigid dress code, we avoided all forms of entertainment media, and we were expected to uphold a very careful image.

Some missionaries took the rules to heart. They sincerely tried their best every day to follow them to the letter. Other missionaries, considered them to be suggestions, and were known for being perpetual rule breakers.

But there was a third class of missionaries, and these ones rubbed everyone the wrong way: the two-faced missionary.

There were a few missionaries that would put on pious airs whenever they were around our mission president, and then cut loose whenever they were in private. No one was able to respect them, because they were too slippery to really know who you were dealing with.

After observing this pattern, I have come to see that it is true everywhere. We can have disagreements with others, yet still respect them so long as they are sincere. But insincerity, or two-facedness? No one is comfortable with that.

Consider Tony Wendice from the classic Hitchcock film Dial M for Murder. The movie opens with him plotting to murder his wife, Margot Wendice, and blackmailing an accomplice into carrying out the deed for him. His watertight plan runs into trouble when his crony, Charles Swann, bungles the task, and ends up being killed by Margot in self defense.

Not willing to be defeated, Tony wrangles things so that he can instead frame his wife for murder, making it appear that Charles had been blackmailing Margot, and she had killed him in cold blood. This is, of course, a sticky operation, and Tony must deflect every suspicion of his own involvement. He goes to to great lengths to appear as noble to the inspectors as he can.

This has an interesting effect, because we, the audience, know that he is lying through his teeth with every word. And so the more positive he makes himself look to the other characters in the story, the more shameless and depraved he becomes to the audience. When he finally does get his just desserts, it is a very satisfying payoff for the viewer.

Getting the audience to hate the villain by casting him as insincere makes sense. Interestingly, though, it is also possible to begin with a character that is slippery, and then transform them into the hero instead. Indeed, a common protagonist is that of the insincere peddler. This is a character who goes to great lengths to convince others of something that they, themselves, do not believe in. Their character arc thus begins as slippery snake-oil salesmen, but they can evolve into genuine believers by the end.

Consider, for example, Professor Emelius Browne in the Walt Disney classic Bedknobs and Broomsticks. The man is a sham, who copies spells and incantations from old books, then sells them to any sap who is dumb enough to believe in such nonsense. He is in for a surprise, then, when one of his students, Miss Price, turns up on his doorstep and demonstrates that the spells work perfectly well for her and always have.

Through a series of adventures Browne begins to care for Miss Price, and also for the orphaned children under her care. He feels the pull towards family, but he resists it. Just as how he has dodged his nation’s war, he also runs away from this responsibility, ever remaining the shill.

But then, of course, fate intervenes and Miss Price and the children are captured by Nazi soldiers. Browne desperately wants to come to their rescue, but doing so is going to take a little bit of magic on his part. For the first time, he has to start believing in something.

He manages to pull it off, and it becomes the turning point for his character. By the end of the film he has supported Miss Price in her battle with the invading forces, pledged to be a father to the orphaned children, and joined the army to do his civic duty in the war. We didn’t care for him at the outset of the story, but he really does win us over by the end.

Another fine example of a character who does not practice what he preaches can be found in the film I Can Only Imagine. This is the story of the real-life band Mercy Me, and specifically of its lead-singer Bart Millard.

Bart is desperate for success in the spiritual music scene, and is undoubtedly a very talented musician. But what he gets told over and over again is that he comes across as fake and insincere in his message. He talks about grace and healing, but is himself brimming with resentment and hurt. The last thing he wants to do is reconnect with his abusive father who wounded him, but it makes every song about forgiveness ring hollow.

After he has had his hopes and dreams crushed a few times he finally goes back to the skeletons in his closet, finds closure for past wrongs, and ultimately feels the very grace he’s been trying to sell to others. At long last his songs ring true.

These positive examples begin with the insincere and jaded, and end with the genuine and believing. There is a great cathartic satisfaction in that transformation, and the greater the dislike at the beginning, the greater the enjoyment in learning how to love these characters by the end.

Now in my own story we have a particularly two-faced character in Julian. The man continually attests to his own virtue, but shamelessly claws for every advantage that he can. This is interesting, because he is not the pirate in this story.

Bartholomew, on the other hand, is a ruthless cutthroat, but he has the decency to admit as much. He isn’t a worthy character, but we respect him for at least seeing his own flaws clearly. We may not approve of him, but it is easier to like him.

Captain Molley, of course, is the truly virtuous character. He has his principles and he holds to them sincerely. He isn’t a particularly warm character, but again we can respect him because of his being so true to himself.

I want to take these characters, their convictions, and do some interesting things with them in the second half of the story. Julian is not going to have an arc of redemption, this isn’t the right sort of story for that, but I do want to make him pitiable. I want to let my audiences remain disdainful of his slippery nature, but also feel bad for his plight.

For Bartholomew, I want to reveal a more slippery side than we have perceived thus far. Indeed, I want the audience to realize that he is no more sincere than Julian, he’s only better at hiding his second face.

And for Captain Molley, I want to put a few chinks in his armor. It won’t be that he is a two-faced liar, though, just a man under considerable strain, who feels his grip on himself breaking.

I’m excited to see how this all turns out, and hope that you will find it satisfying. Come back on Thursday to see how I start developing these dramas.