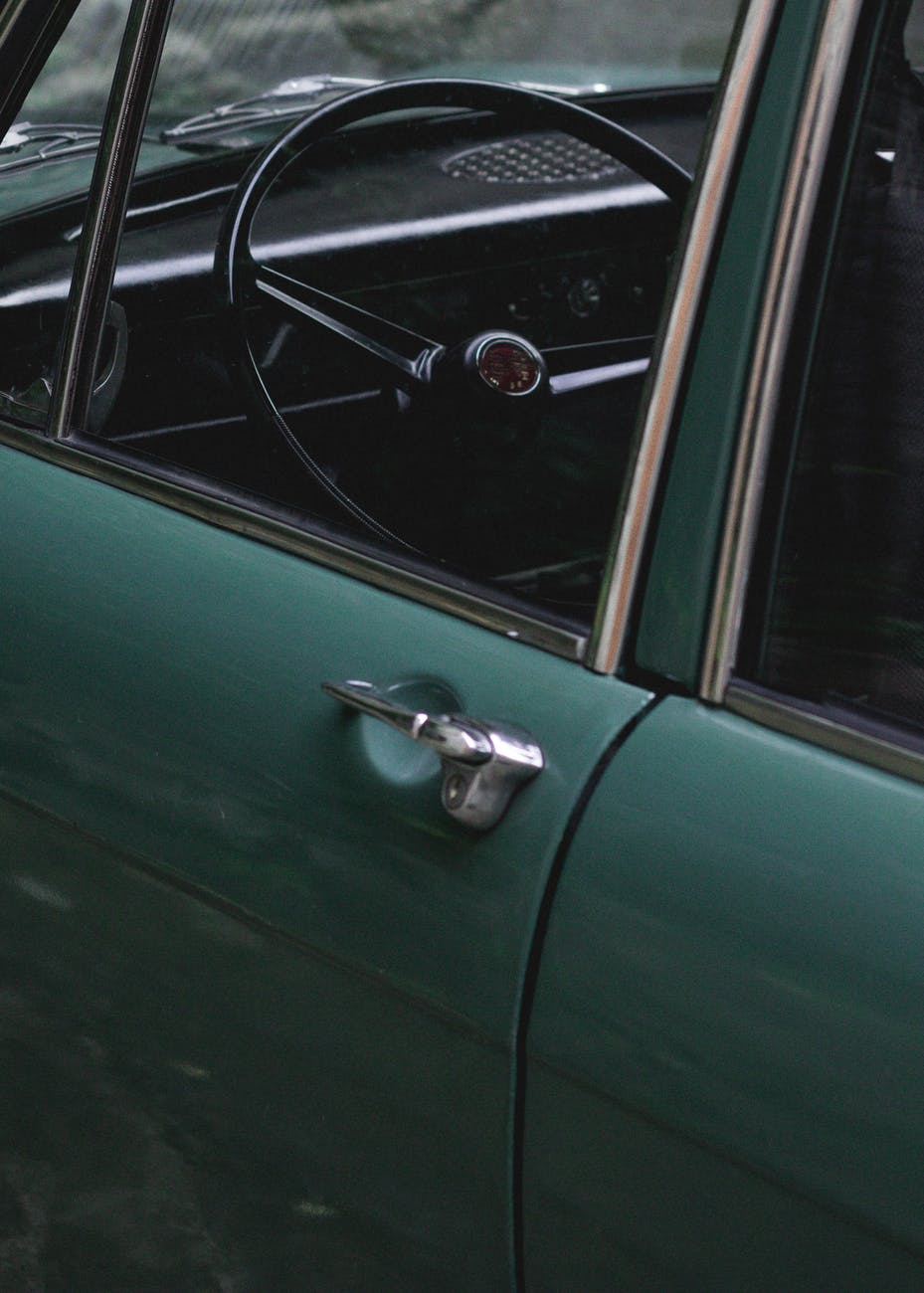 A Talk in a Car: Part One

“What do you want from me, Ed?” Burt asked miserably. “How am I supposed to face that here and now?”

“Settle in,” Ed commanded, and he reached to the side and pulled the three-point harness across his lap. Burt was confused but did the same on his side.

“Rev the engine, as far as it will go,” Ed instructed, and Burt started the ignition and pressed the gas pedal all the way to the floor. The car remained in park, but the engine hummed louder and louder until it was a tremendous roar.

“Now hold the wheel, close your eyes, and imagine yourself driving down the highway.”

Burt obeyed, and he saw himself cruising down the interstate in his mind’s eye.

“You’re going fifty-five miles per hour, you’re surrounded by other vehicles, completely at the mercy of their skill and the random chance of physics.”

Burt’s heart beat faster and faster. He was impossibly close to the traffic streaking back the other way. Each truck and car that hurtled by shook the entire Impala’s frame.

“Then, all at once, you come around a tight bend and are met by a wall of red taillights. There’s some accident up ahead and everyone has stopped. Slam on the brakes!”

Burt kicked his foot into the brake. In his mind he heard the sound of squealing tires and burning rubber. The roar of the engine came down, but much more slowly than he would have liked.

“You’re not sure if you’re going to stop in time! You’re checking the shoulder to see if you need to pull off to the side. But suddenly, it doesn’t matter what you think, because the car behind you didn’t react as quickly as you did. It comes slamming in through your trunk, and helplessly you pile forward into the rear bumper of the car ahead! Picture it!”

Burt deeply wished that he hadn’t spent the last hour watching in vivid detail how a 1977 Chevrolet Impala compressed like an accordion at speeds above forty miles per hour. He had seen those crash test dummies thrown to the limit of their seatbelts, then held there as the windshield shattered inward and the steel frame, buckled and jagged, pierced backwards into their bodies. Arms, legs, heads, they had all snapped off sooner or later. He pictured the same things happening to him.

Then came a most strange perspective. Burt was standing outside of the car, looking at himself inside. His head was laid back on the headrest, eyes closed. Something in the total relaxation of the face told him that he was not asleep, but dead. His body had bled out across the tan, leather seats, and the material wasn’t porous, so the river of red just kept running, covering the entire surface. Somewhere in the distance sirens were wailing and people were rushing out of their cars to come and see what had happened. And this was how they would find him. This was the final scene of his life.

Back in the real-world Burt’s fingertips were barely hanging onto the steering wheel as he sobbed uncontrollably, head sagging forward. He forgot entirely about the man sitting in the passenger seat next to him and the crash test facility workers sweeping up debris in the distance. He just let his body shake and tears flow until his head pressed into middle of the steering wheel and a loud HONK! brought him back to reality.

“Sorry! Sorry!” Burt mumbled to no one in particular, hastily drying his eyes. He dug furiously into his pocket for his handkerchief and loudly blew his nose on it.

He folded his handkerchief and dried his eyes once more. “It’s just…all I wanted to do was make something beautiful.”

“It still is beautiful, son, and there will be times that you’re reminded how beautiful it really is…the only question is whether you want to deal with the pain that inevitably comes with.”

“What other choice do I have?”

“To quit. I’m serious. There is nothing you need to feel guilty about if you continue with this project, but also there’s no shame if you were to ask Pete to hand it off to someone else. You could know the joy of having designed it, but not have to deal with the burden of managing a live product. That’s the reason I put you through all this, so you can make an informed decision. I gave this same speech to Pete back in the day, and I’ve given it to every man whose been on the cusp of great success. Some of them stayed on, some of them quit. It was their decision to make and now it’s yours, and no one is going to question what you choose.”

“Pete knows I’ll be thinking this over?”

“He does. He told me to tell you he won’t be looking for an answer sooner than next weekend.”

“I see.” Burt’s eyes slid back forward, and his fingers rubbed over the steering wheel as he lingered in his thoughts. “Of course, you decided to stay with it. Back when it was your choice.”

“Well, I don’t know that I really had much of a choice. No one told me what to expect until it already happened. I suppose I could have left then, but I felt that since I’d already had to face it, I might as well keep on doing so and spare someone else from having to.”

“Course I can’t spare everyone. Someone has to be behind the wheel after I left. But at least I can let them know what to expect.”

“I should be getting home soon. Was there anything else you needed?”

Burt flexed his fingers against the wheel. “You can tell Pete something for me next time you see him.”

“I don’t need to wait until next weekend to give my answer, Ed,” Burt leveled his eyes on the old man. “Thank you for your warning, but it’s still my car, and I’ll be the one behind the wheel!”