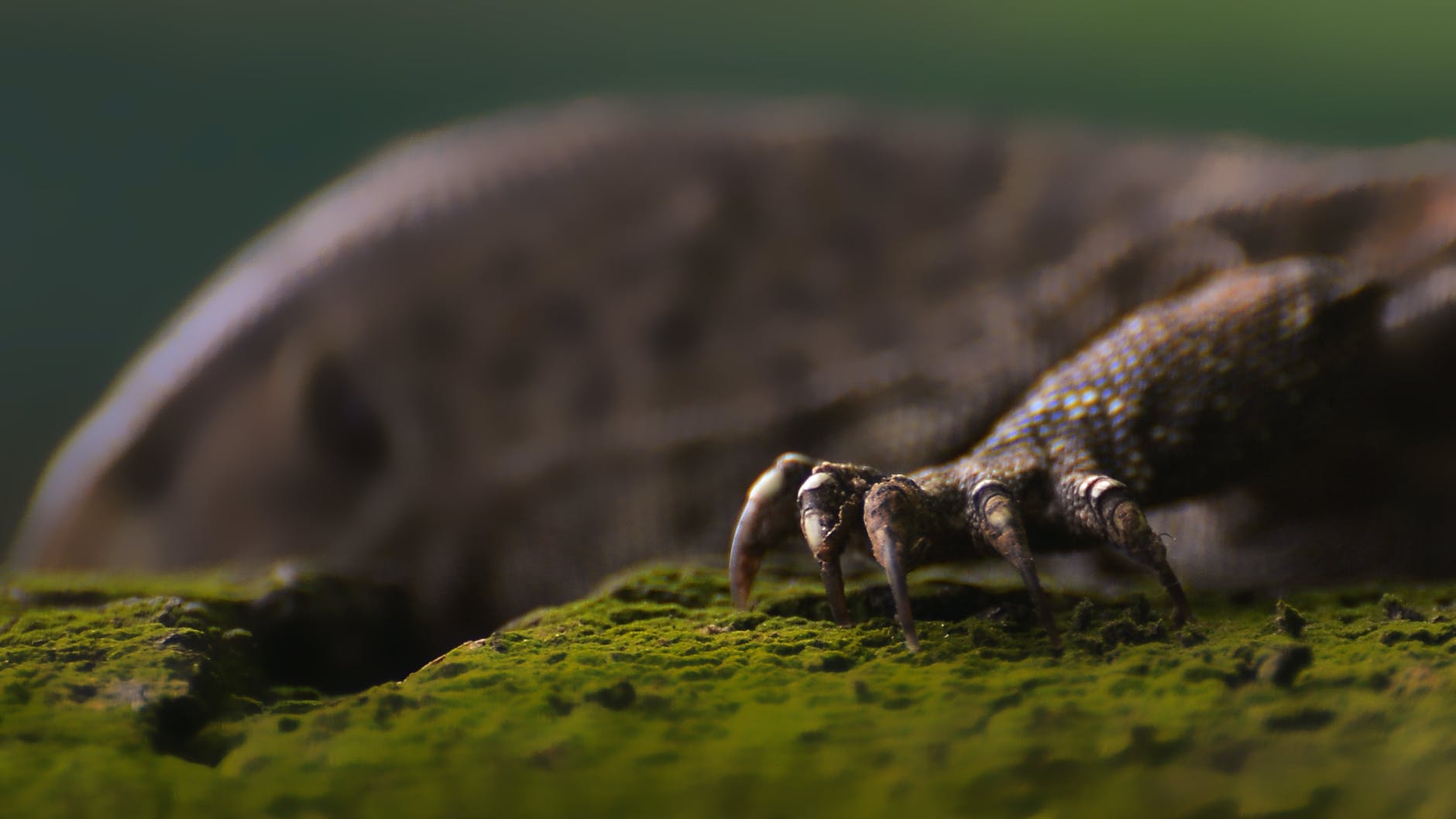 Hunt of the Others: Part Three

Perry flexed his hands nervously as the beast’s snout writhed back and forth through the narrow slit of the window. Its face slammed sideways against his pinned fingers, but with the cutlass clamping its teeth together it could not do them any serious damage. At least not until–

The window crackled as the beast slammed its claws against the interdimensional barrier, crushing the parts of Perry’s fingers that were on the other side of the portal.

“AAAAAAARRRGH!” the man screamed, falling to his knees, but still suspended by his hands trapped in the barrier.

Thompson snapped out of a state of shock and tapped on the tablet. There was a moment’s pause, and then another powerful surge of energy emanated from the beacon and pistons. Through the window the great beast gave an anguished cry, then its mouth turned upward and went limp, suggesting that the body on the other side had finally collapsed dead to the ground. Dawson pulled his cutlass out of the creature’s snout, which slipped backward through the portal and out sight.

“Alright, start shutting everything down!” Myers shouted to everyone else. “We get Gonzalez and Perry’s hands out of there and we leave.”

Even with his face deathly pale and his body convulsing in shock Perry stumbled back to his feet and spat out “No! We’re not going anywhere!”

“Perry, you can’t be serious!” “Look, I’m sorry. I know the red salve yield from a walker is far less than we were hoping for, but we have an opportunity to get out with something, and we need to take it.”

“Never mind that! You can’t just power down while there’s another category four walker around. Gonzalez needs defenses!”

Everyone looked to the shimmery windows. After all the chaos of the past few moments everything seemed perfectly calm and still now. They collectively turned to Swanson.

“You’re sure there were two?” Myers demanded.

Swanson was already fitting his headphones back on and sticking his two wire-sensors into the air and water.

“I–I thought so–” he stammered. “You would think it would have showed up already with all this commotion. It really did seem like there was two…”

He held up his hand for quiet, eyes flitting left and right as he listened intently to the sounds coming from the other side.

“I don’t–I don’t hear anything anymore,” he shrugged.

“I guess it ran off?” Dawson suggested.

“Oh, like you’ve ever heard of a walker retreating?” O’Reilly scoffed.

“You two, shut up,” Swanson hissed. “I said I don’t hear anything. Anything. It’s never been this quiet before.”

“We just killed everything,” Myers offered.

“I don’t even hear the foundation humming anymore. All I’m getting is our own world. Oh!–wait–there’s something–it’s Gonzalez.”

Swanson snapped his eyes to the right, and everyone followed his gaze. In all the confusion they hadn’t noticed Gonzalez leave his position along the banks of the river, but evidently something had drawn him out from their base of operations. Now he was sprinting back to them, evidenced by the occasional spray of water kicked up from the river’s surface. He was entirely covered in the shimmery film, more in the other world than in this one. That was why he was able to sprint over the liquid surface, as his physical form was too briefly connected to the water to sink.

Suddenly the splashing came to a halt, right in front of the crew of hunters. Gonzalez’s form started rapidly flickering between both realities as he fought to return to the real world. Rapid glimpses of his face and hands flashed before them, sweaty and shaking, and his voice rang out in a warbled and broken shout.

Then came a horrible sound of impact, and Gonzalez’s body disappeared before it could even scream.

“GONZALEZ!” several of the hunters shouted, but there came no reply.

“Everyone, get out!” Swanson’s face was pale and white. He still had his headphones on, so he was the only that had heard both sides of what Gonzalez had said. “NOW!”

Myers, O’Reilly, and Thompson didn’t need telling twice. They immediately shoved their equipment back into their packs and turned on the spot.

“We can’t go!” Dawson shouted. “We have to help Gonzalez!”

“Gonzalez is dead!” Swanson snapped. “And this is a trap!”

“Wait…” Perry said weakly. His hands had gone white from the loss of blood and the rest of his body was sinking lower and lower to the ground. “Shut down the beacon…close the window…we can’t let anything get through.”

“But your hands!” Myers fidgeted nervously.

Perry just rolled his eyes sideways to Dawson. “Do it.”

Dawson didn’t ask for confirmation. In a moment he had the cutlass out again, raised it high overhead, then brought it down in one, swift motion.

“Urrrrrrrrgh!” Perry cried through his teeth as Dawson tightly wrapped a roll of gauze around the finger stubs. He didn’t bother with any sort of treatment, for now he was just cutting off the blood flow. Then he scooped his powerful arms under Perry’s body and lifted him into the air.

Even in the midst of great pain Perry once again mumbled “Shut it down,” but Thompson was already punching the command in on her console.

There came a winding-down hum from their staked claim and the window of golden light started to flicker. Through the fading glimpses into the other word they could see that the sphere of control on the other side starting to shrink.

But then, even as the portal to the other world was winding down, they also noticed the sound of another hum growing in power. Everyone turned their backs to the river and saw a new, silver portal beginning to expand thirty feet further inland.

All of them stared in silent disbelief, trying to make sense of where this had come from. But any doubts there were soon dispelled as the claws of the other category four walker began emerging from it!

It seemed impossible, but somehow they had been counter-invaded!

Hunt of the Others: Part Five