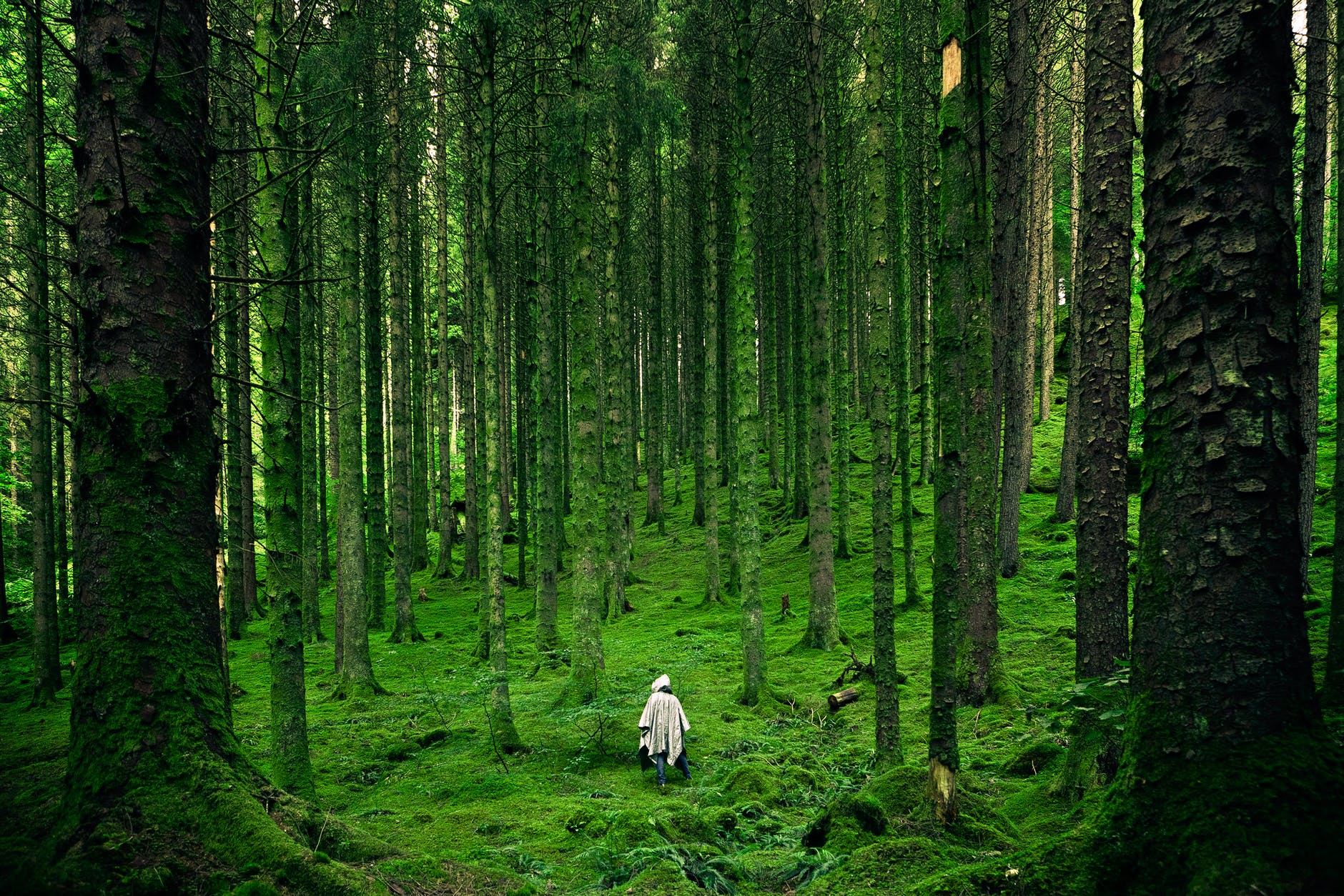 Rolar shook his head. He didn’t understand what Cace meant. It didn’t really matter anyway. What mattered was that the beast was here now, and that it might prove to be an excellent source of food for them. Or otherwise they would be food for it! So Rolar turned his wrists, raising the bladed end of his staff to the ready.

“No, wait!” Cace exclaimed, but it was too late. Rolar charged forward with a shout. The creature, though blind, snapped itself around to face the youth. Rolar’s eyes flit from the left to the right, waiting to see which of its four arms the creature would attack with. As soon as it did he would swing the blade to sever it.

But the creature did no such thing. It bunched up those legs and sprang forward like a loosed spring, head first at the boy. Rolar’s eyes went wide, he swung his staff against the head, but it rang out as if he had struck stone, and the wood burst into a thousand splinters!

“Oof!” Rolar exclaimed as he the wide head buffeted him and sent him sprawling backwards, landing in a heap on the earth. He’d had the wind knocked out of him, but he still tried to roll out of the away.

No good. The beast landed above him and instantly seized at him with two of its long, wiry limbs. Rolar fought back, kicking and pressing with his arms, trying to keep himself out of the creature’s hold. But it was much stronger than him, and along with the grasping of its arms it began lifting its clamshell body and slamming the bottom of it into the ground, trying to crush him like a piece of steel between hammer and anvil!

Rolar twisted out of the way once, pushed off to the side to dodge the second blow, did a half-roll to get around the third…but the fourth blow fell on his wrist and there came the unsettling sound of something snapping. Rolar cried out, and the next strike hit him squarely in the back and he collapsed onto the soil. The monster raised itself high on its arms, about to slam itself down for the killing blow!

“Hey!” Cace shouted from behind. He had extracted the white stick that had been in the center of their trap and was holding it aloft with both hands. The monster didn’t regard Cace’s shout one bit, but then Cace started to apply pressure to the stick, threatening to snap it in two. And that the monster did acknowledge! It gave a horrible shriek and spun around on the spot, forgetting about Rolar entirely.

“That’s right,” Cace nodded. “This is a part of you, and you don’t want me to break it, do you?” He tapped the stick in his palm and the creature’s legs twitched beneath its head, wanting to lash out at Cace, but not daring to. But they weren’t twitches of pain, Cace realized, they were of worry.

A sudden intuition washed over Cace, another revelation from the Ether. He had been slightly mistaken…it wasn’t that the stick was a part of the creature’s body…it was something else. Cace looked down at the stick and saw how it wriggled gently, how it had little stubs along its underside in two even rows. This wasn’t one of the creature’s organs…it was one of its larva!

There was the sound of a dried leaf crinkling underfoot and both Cace and the beast looked to the side in surprise. Evidently Aylme had heard their commotion, and was stealing around the side of the clearing, trying to get to where Rolar’s broken body lay.

The creature’s clamshells opened and it gave a vicious shriek, then thrust two of its arms out, pinning Aylme down to the ground just as it had done with Rolar. Aylme fell with a cry, but kept her head about her enough to struggle against the arms and shimmy under a nearby overhanging boulder. The monster stepped forward and tried to slam its hard underbelly on her as well, but only came in contact with rock. It was undeterred, though. It had her cornered, and it continued to beat down, taxing the boulder until it would break.

“Hey!” Cace called again, giving the larva another twist. The monster hissed, but it didn’t turn back. It might despise Cace for having hold of its young, but evidently it had given up on it. The creature had been willing to use the larva for bait in the first place after all.

Cace stepped back and forth anxiously. Rolar and Aylme were about to be killed. Then he would be, too, as soon as the beast had finished with them. Cace wanted to help, but he knew he wasn’t strong, or fast, or knowing the right things to do. He didn’t even have any weapons or tools to help him.

“I hate this world!” he cried. “I hate not being able to do anything in it!”

Then, without even thinking about it, he held back his heartbeat and thudded it out in unison with the rhythm of the Ether. He didn’t even have to strain himself to find its cadence. Ever since last night’s excursion it had been constantly thundering in him, he had only been containing it beneath the surface.

But now he let it out. Now he let down his restraints and the trance washed over him in an instant. This time he didn’t lose consciousness in the real world, though. He remained standing with a leg in each. On the one hand he still saw and heard the beast crashing down on the rock over Aylme, but on the other he perceived how that same creature was only one of the many systems that existed in the Ether.

In fact, now Cace could perceive that even Aylme was a system in that place, and so was Rolar. As before, he couldn’t actually “see” them in the Ether, but he could sense them, was aware of their forms and interconnections. And as he looked over both worlds at the same moment he understood a great truth: there wasn’t anything in either world that didn’t also belong in the other. They were two separate systems, with different rules, but infinite interconnections in between!